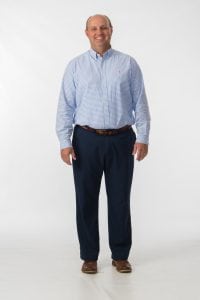 Greg Miller is a Contract Analyst with McLeod Heath. In addition to his job, he also takes on the role as a husband, father, coach, board member, and is active with various organizations in the area. His involvement leaves a positive impact on those he interacts with while helping to strengthen the community.

Greg serves on the board at McLeod Park Baseball. He shares, “I started coaching at McLeod when my son was five years old. I continued to coach for the next eight years. After that time, I began umpiring and became involved with the McLeod Board.” Greg is the Pee Wee and Small Fry Commissioner where he oversees the five to six year old Pee Wee division and seven to eight year old Small Fry division at McLeod Park. He also serves as an umpire for several Dixie Youth regular season divisions. This year he has been invited to umpire his first State tournament. “I enjoy teaching and watching these young children learn about the game of baseball and the game of life,” explains Greg.

His involvement doesn’t stop there. Greg takes on the role of RA Director, Co-Sunday School director, and serves on various committees at Ebenezer Baptist Church. He also coaches basketball in a local church league. His role as a coach, educator, and committee member gives him the opportunity to interact with the youth and serve as a role model, while providing education and guidance. Greg shares, “I am always willing to serve and help spread the word of God.”

Greg also serves on the board of a local non-profit organization called Helping Hands Benefit Golf Tournament. The organization has an upcoming golf tournament on Friday, October 12 to benefit a patient that has stage 4 pancreatic cancer. The tournament will be held at Shadow Creek Golf Club (formerly Crossings Golf Course). Sponsorships are available. For more information or to register, contact Greg Miller at (843)409-3034 or email helpinghandsgolfbenefit@gmail.com  by October 1, 2018.

This entry was posted in Current Articles, Fab Florentine. 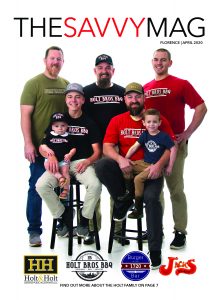 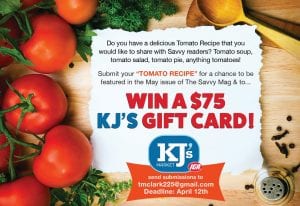 We are continually working to improve this website’s performance and accessibility for all users, including people with disabilities. If you have a disability and have any difficulty accessing this website, please contact me by phone or email and I will make every effort to ensure you can access this website. You can call me at (843) 618-0895. Please note that phone calls are not staffed 24 hours a day and you may not get a real-time response on phone.